Today is an exciting day!

We first heard about Mr. Lakin’s set up via our local newspaper. There was to be a Scots-Irish festival in our area and he was scheduled to bring his sheep and do a herding demonstration with his border collies and his black faced sheep. 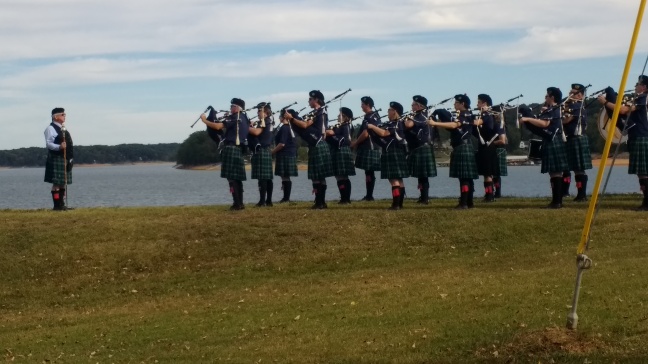 We thought that would be fun for the kids to see so we decided to go and check it out.

One thing led to another and the kids napped late that day, so we missed the demonstration. But, we arrived in time to see his highland bull and a black faced ram and ewe and spend some time petting and studying them.

So a month or so went by and we have been chewing on the idea of a family dairy operation. Selling raw milk is illegal here in Tennessee, but cow shares or goat shares are allowed, so there’s the potential for a teeny bit of revenue for the homestead.

Our dilemma came in that we have 5.3 acres of rough terrain and fairly wooded area, so we thought, goats!

But finding the breed and quality of goat we want (golden Guernsey goats) has proven nigh impossible in our area, as well as expensive if we were to factor in travel costs.

Our minds went back to Mr. Lakin and his highland cattle… We called him up to set up a farm tour and started doing some research. What we found was that the highland, at least by our estimation, would be an absolute perfect fit for our family’s “house cow.”

The Highland breed of cow originated in the highlands of Scotland and is one of if not the oldest registered breeds of cow with a herd book dating back to 1885. There were originally two varieties, the West Highland or Kyloe, which was smaller, typically black in color, and suited to harsher conditions and the mainland which came in a broader range of colors, and were typically larger due to more nutrient dense pasture availability. The two have been cross bred now to the point of very little distinction.

The highlands are primarily bred for meat, as they produce a lean, marbled, low-cholesterol beef due to their slow maturation rate and their ability to efficiently convert grass to body weight. The highland beef is considered by many as the highest quality due to it’s low fat content, which is due to the highlands being insulated by their thick long hair instead of subcutaneous fat.

While primarily bred for meat, the highlands produce rich milk with an incredibly high butter fat content of 10%, which is higher than a Jersey’s 4.3%. The milk is naturally homogenised (like a goat’s), which makes it easier to digest than other cow’s milk, though be it harder to separate the cream from the milk. The highlands milk production cycle is shorter than standard dairy breeds, lasting about 8 months after the calf is weaned as opposed to 10 or 12 months. The standard amount of milk expected from a highland is between 2 and 3 gallons per day.

The highland cattle are a relatively small cow weighing in at an average of only 1,110 lbs for females and 1,800 lbs for males. The females average a height of 3 to 3.5 feet, and the males 3.5 to 4 feet. This is an average, so there are of course some larger, and some smaller.

The productive life of a highland cow is uniquely long with an average lifespan of approximately 20 years, with calving beginning in May-June of year 2 or 3 and continuing through year 15 or 18. This significantly lowers the cost of herd replacement.

The highlands are suited to rough terrain and poor grazing pasture, (which is perfect for our situation) and thrive on plants and grasses most cows would refuse. They are also highly skilled foragers, which lowers Their annual feed cost. Their thick long hair protects them from the elements eliminating the need for costly shelters in poor weather as well as protection from flies in summer.

Highlands are typically good natured and calm with only a few known for being wild. They are very protective of their herd and their young, which make them excellent mothers for rearing their own calves. They typically calve very easily with little to no intervention necessary. Their legs and feet are short and well suited to calving, as well as steep terrain.

All in all, we believe the Highland breed would be a great fit for our homestead based on the following characteristics:

We are excited to speak with Mr. Lakin this afternoon and hear what his thoughts and opinions are regarding our situation and wants, and to see if he thinks a highland would be feasible on our homestead.

I’ve gathered all my best questions for him and I will post a sort of “interview” after our visit. Stay tuned!