My father-in-law was trying to convince me we needed a piglet because he found some for sale at $100/each. I now know where my husband gets his powers of persuasion. They drive hard bargains.

That said, I stood strong- I just don’t think we are ready for a pig yet. And then I realized something… In spite of my Paleo style diet, I’m still incredibly far removed from the whole foods process.

What do I mean? Well, Paleo is short for Paleolithic, which gets its name from the Paleolithic era of hunter gatherers. So I started thinking about it all and really, I’m just a poser. What do I hunt and gather? I hunt grass-fed beef sales and produce from Kroger! That’s neither hunting nor gathering! It certainly isn’t living off the land.

The dirty little secret of the Paleo trend is that there are certain people who have eaten whole foods their whole lives because they had no other choice! It was a choice between going out and getting an 8-point buck or a couple rabbits or not eating.

Don’t get me wrong, I love the fact that people without the means of growing their own food or raising their own meat are on board with those of us who can and are. I love that people are waking up to the nutritional deficit that is the average American diet and turning instead to whole foods and agricultural sustainability for the sake of their health and environment.

The idea of slaughtering an animal so I can eat is sobering. Not enough to make me a vegan, but enough for me to respect the sacrifice that’s being made- a chicken’s life for mine. I wonder if this culture of whole food eating, skinny jean wearing, CrossFitting band of hipsters really considers where their food is coming from. I wonder if they respect the relationship between the farmers and butchers. I wonder if they’ve noticed that they aren’t the ones getting their hands dirty with the business of turning that Angus steer into plastic wrapped packages of 2.5lbs of grass-fed, pasture-raised, free range beef they’re so eager to purchase. The story of the little red hen comes to mind.

As far as I’m concerned, my neighbor, Mr. Larry, who raises a couple hundred head of cattle is much more “Paleo” than these so called “Paleo purists” who enjoy the fruit (and meat) of the farmers’ labor. My question is, are they willing to do the work, when that work means raising and then taking an animal’s life? I’m not sure I’m there yet. 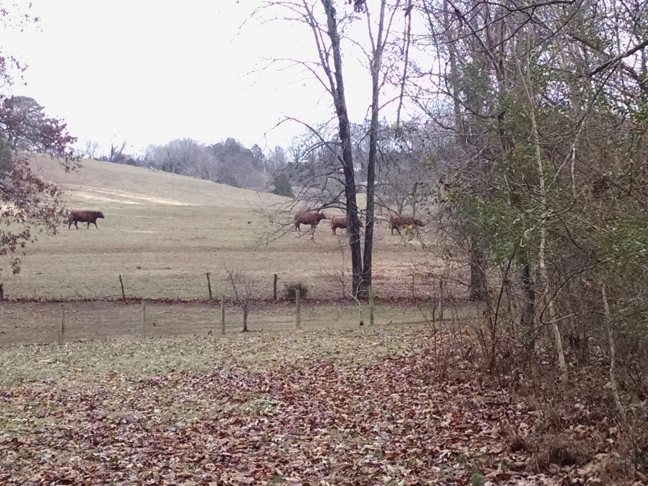