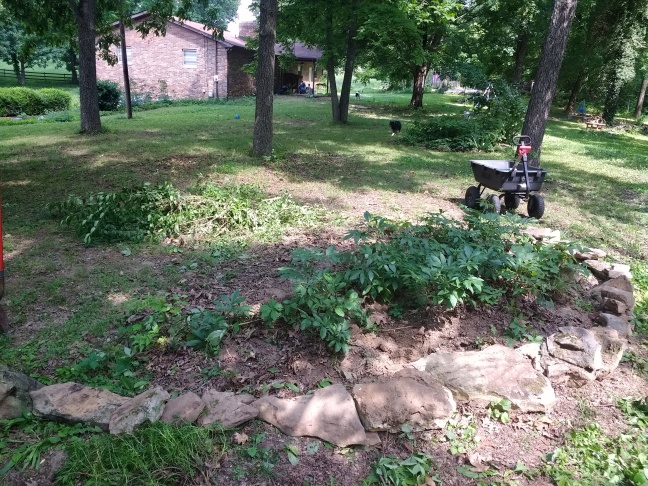 I’ve been wiped out lately. Growing a human is the most difficult, exhausting, passive, work ever! So needless to say, I’ve been prioritizing naps over weeding or other puttering. I figure I’ll have more energy for that in a few more weeks.

But today, I rested with my 4 year old until it proved impossible to get that kid to actually sleep. So instead of wasting my time and his, we went outside and did a little work on the future site of our prayer garden. That entailed getting rid of a hugely overgrown forsythia bush, digging out some weeds, and moving the large edging stones to open up the space and help the space flow more. 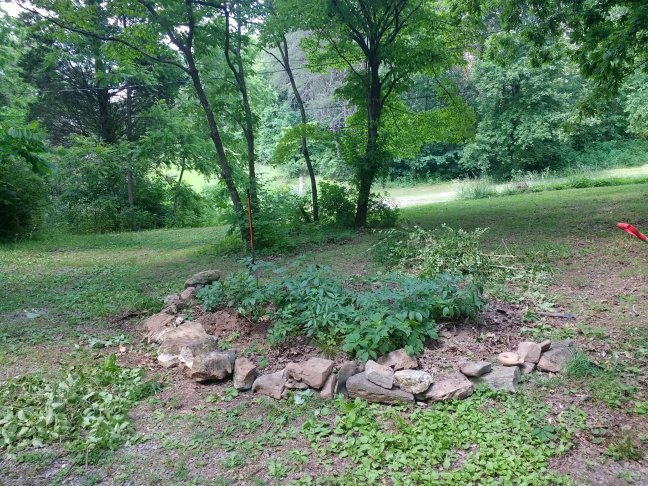 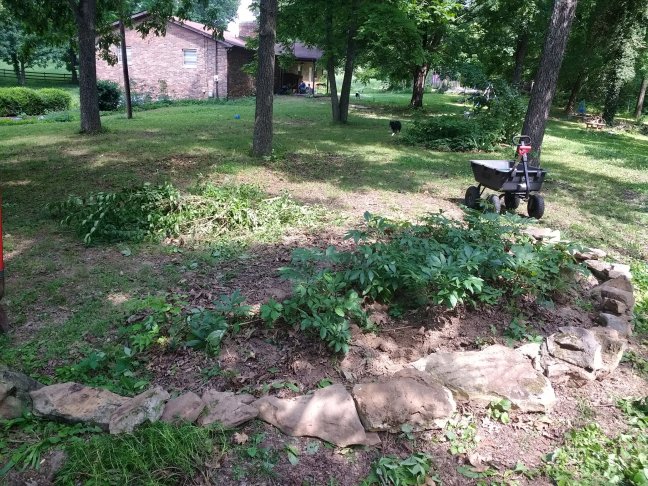 Instead of 3 separate, closed circular patches of garden, I hope to create an open, flowing garden area. I’m going to spread out some of the perennial flowers I have; tulips, iris, peonies, daffodils, daylilies, hostas, Columbine, and a few others.

My plan is to layer them in so I have something new in each phase of the growing season– as soon as one thing is spent, the next will be following– always something beautiful to look at.

This is the tulip and lilac bed from about 3.5 years ago. 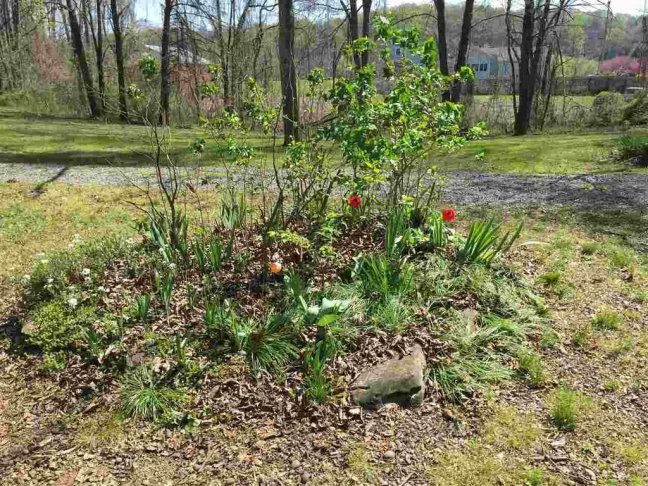 And here it is today:

It’s just gotten horribly congested and closed up. It’s like a clump of jungle in a really conspicuous place, and it doesn’t really make sense or flow visually with the rest of the property.

It’ll be the next area to be opened up to form the prayer garden.

I’m saying goodbye to my quince bushes as well– really everything that acts as host to this horrible rust fungus.

A good tree bears good fruit…this is not good fruit… So it’s going away. That area is also very congested. I had initially planned to increase air circulation and see if that helped, but I’ve decided to cut my losses and just do something different in that area. Right now, it’s yucky, and ugly, and taking up space I could be utilizing.

I took out our crab apple trees, as they play host to cedar apple rust. And one of our 3 persimmon trees had been eaten from the inside out by some sort of bore-ing worm… My mind went to Jonah 4:7.

So those are gone, and right now, my plan is to check out some local nurseries near the end of the season to get some fruit trees or bushes on the cheap. My other thought was a couple Japanese red maples, which I love (when they’re properly pruned to bonsai) but which aren’t incredibly useful as far as food is concerned.

It’ll take some convincing for my husband to go for the Japanese maples; he’s wanting some plum trees.

And that’s about all we have going on. We’re just getting some heat for the tomatoes to take off, and the peas are setting pods and should be ready for harvest soon.