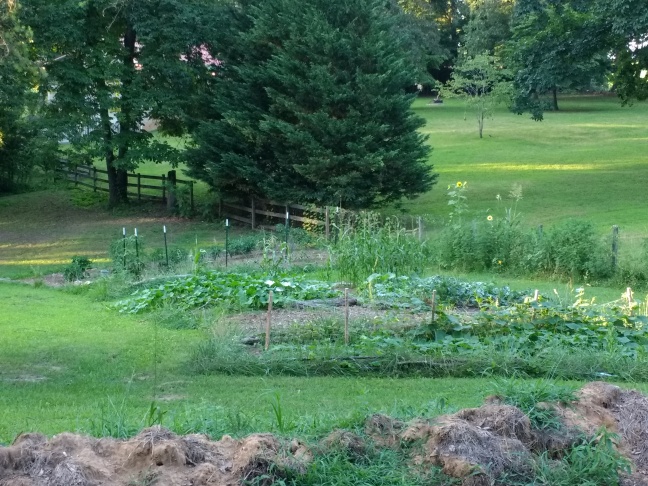 Yesterday, we celebrated American independence by canning our own produce.

For the first time, we harvested enough blackberries to make jam. Granted, it was only about a half gallon of jam… But it was ours! And that was the exciting part.

We also had enough cucumbers come in to do a small batch of pickles already! 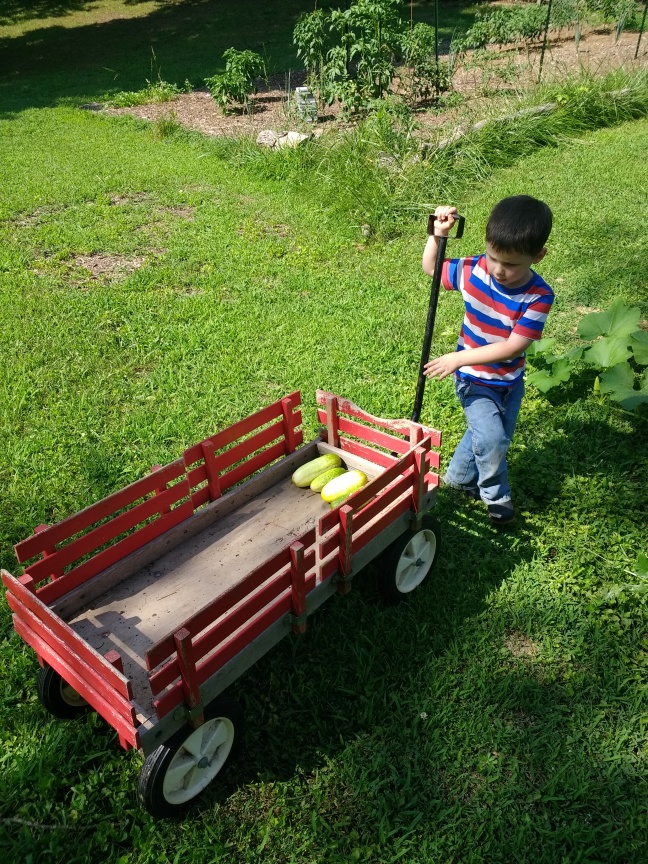 In all we ended up with 4 pints of dill pickles, and 4 half-pint jars of blackberry jam. It only took a couple hours from start to finish with my husband’s help, and the kitchen is completely clean and back in order already. That’s a testament to our process becoming a bit smoother since last year. 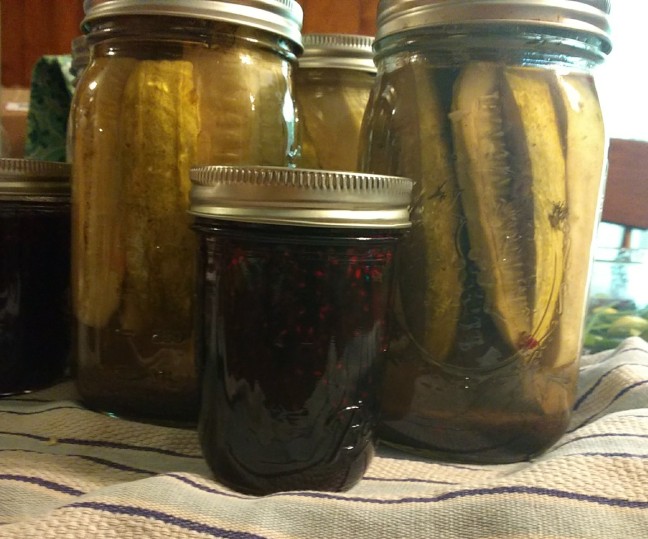 I’m excited to see what the rest of the growing season holds. I’ll be canning a batch of chili later this week or early next week, and I’m really excited for our tomatoes to start coming in.

In a bit of random news, we have several thriving passion fruit vines that are setting fruit! 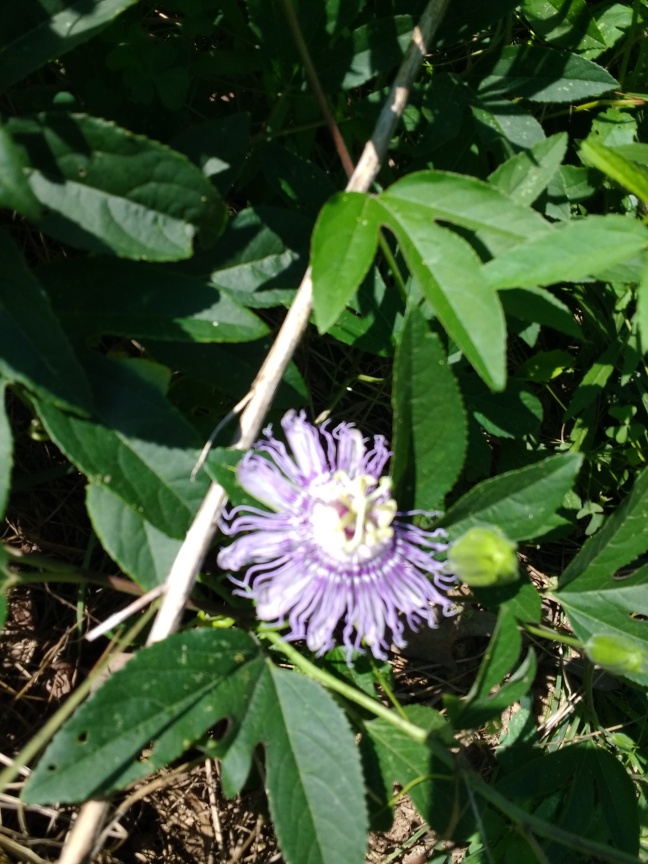 It comes as a bit of a surprise because they’re growing on the swale which we had covered in plastic to kill everything growing on it. They’re resilient vines! What’s more, in our experience in Southern Illinois, the growing season is never long enough or warm enough to ripen the fruit, so neither of us has ever experienced it before. It will be a very cool thing if we can cultivate the vines and come out with some ripe fruit in August or September.

There’s a lot of beautiful things in bloom right now around the homestead. I’m excited to harvest the sunflower seeds!

We’re waiting on some peppers for pickling and for this year’s chicken flock additions to begin laying. For now that’s about it.